In chemistry, radicals (often referred to as free radicals) are atoms, molecules, or ions with unpaired electrons or an open shell. When an electron occupies an orbital path around an atom singly, rather than as part of an electron pair, with rare exceptions; it causes an energetically unstable state wherein these unpaired electrons cause radicals to be highly chemically reactive. Radicals are represented by a superscript dot (R • ). Free radicals play an important role in several different chemical reaction, including combustion, atmospheric chemistry, polymerization, plasma chemistry, biochemistry, and many other processes. The hydroxyl radical (OH•), is one of the most reactive particles in nature, and is the neutral form of the hydroxide ion (OH–).

Specifically, the hydroxyl radical is a compound containing an oxygen atom (blue in the picture) bound covalently with a hydrogen atom (red in the picture). Due to its high reactivity, it has a very short half-life; however, it forms an important part of atmospheric chemistry and is known as “the detergent of the atmosphere”. Practically all compounds in the troposphere react with OH• radicals and it oxidizes them into harmless molecules as carbon dioxide and water, thus preventing their accumulation and atmosphere contamination. It is a natural process that has evolved into one of the most important processes in the Earth’s atmosphere. To
better understand the nature of the FreshStart process it is important to first look at the process of the hydroxyl radical’s formation in the stratosphere. Hydroxyl radicals governs atmospheric chemistry during the day, since its formation depends on radiation from the sun.

The initial reaction involves the breakdown of oxygen clumps  by solar radiation, following which the oxygen atom formed then reacts with water to form OH• :O3+ PhotonO + O2O + H2O2 OH•
Since OH• is an extremely reactive radical it reacts as soon as it is formed. Its half-life is less than a second, which means that its concentration is extremely low, (i.e. only one of 1000 billion to 100,000 billion molecules in the air is OH•).

The patented FreshStart process replicates this natural cleaning process in very high concentrations with the sources of hydroxyl radicals being hydrogen peroxide and water. This process increases the OH• formation  rate by a factor of six, and also causes the chemical oxidation reactions to occur simultaneously in the air as well as on the surfaces within the area to be tr eated. Three powerful oxidizing agents are used together . . . ozone, hydrogen peroxide and ultraviolet light. Their mix cr eates an absolutely unique process that is synergistically hundreds of times stronger than the simple sum of the individual element, a process referred to as an Advanced Oxidation Process (AOP).  The efficiency of the process depends on the correct ration between oxidants and humidity, and within optimum dosage conditions the rate of reaction efficacy increases exponentially and the cleaning time needed can be reduced dramatically.

STEP 1 – The Technician performs an on-site verification of the condition reported, assures that all necessary preparatory steps have been completed, records outside and inside ambient air conditions and sets up the appropriate equipment to address the air quality problem.

STEP 2 – The Technician secures the premises, assuring that no people or pets are within the area to be treated (Lock-Out Status) and then plugs-in and turns-on each piece of equipment.

Note: In 2001, the U. S. Food and Drug Administration (FDA) approved the core technology of the FreshStart process for sanitizing and preserving certain foods, and we encourage customers to leave indoor plants in place, as the process decreases most parasitic plant growths and customers report thriving plant growth following treatments. We do caution however that some delicate flowering plants may experience a lightening in intensity of the flower’s color.

STEP 3 – Wearing Personal Protective Equipment, at approximately 20 minutes into the treatment, the Technician re-enters each room to measure initial concentration levels and assure that each piece of the equipment is functioning properly.

STEP 4 – For the specified period of time, the area being treated remains secured (Lock-Out Status) while the Hydroxyl Radical (OH) molecule concentrations are generated and maintained throughout the entire area, reaching areas that could not be reached by any other method. Since the process is done with the OH in a gaseous state, even the tiniest quantities of smoke, odors and allergens can be reached and destroyed. Until the introduction of FreshStart by Prompt Care ® process . . . no service or process available could reach all these hard to reach nooks, crannys and hiding places. Even the internal workings of your HVAC system and all the duct work are deodorized and decontaminated.

STEP 5 – At the end of the required time, the Technician again enters the structure wearing their SCBA and then turns off each piece of equipment.

STEP 6 – Using either openings in the structure (open doors and windows) and/or the intake/exhaust vents and fans of the structures HVAC system, the Technician returns the treated area’s air to a state of inside outside ambient match. This step normally takes between 30 minutes to 1 hour.

STEP 7 – When the levels are equal to or lower than Federal Environmental Protection Agency (EPA) and/or Federal and/or State Occupational Safety and Health Administration (OSHA) health and safety standards or lower, the Technician records both inside and outside meter readings and the structure is ready for re-occupancy.

STEP 8 – The Technician removes all equipment from the area being treated, completes all required paperwork and secures all service items in their vehicle.

STEP 9 – The structure’s occupants are notified that the treatment is complete and the building is Cleared for re-occupancy and released to occupants (end of Lock-Out Status). 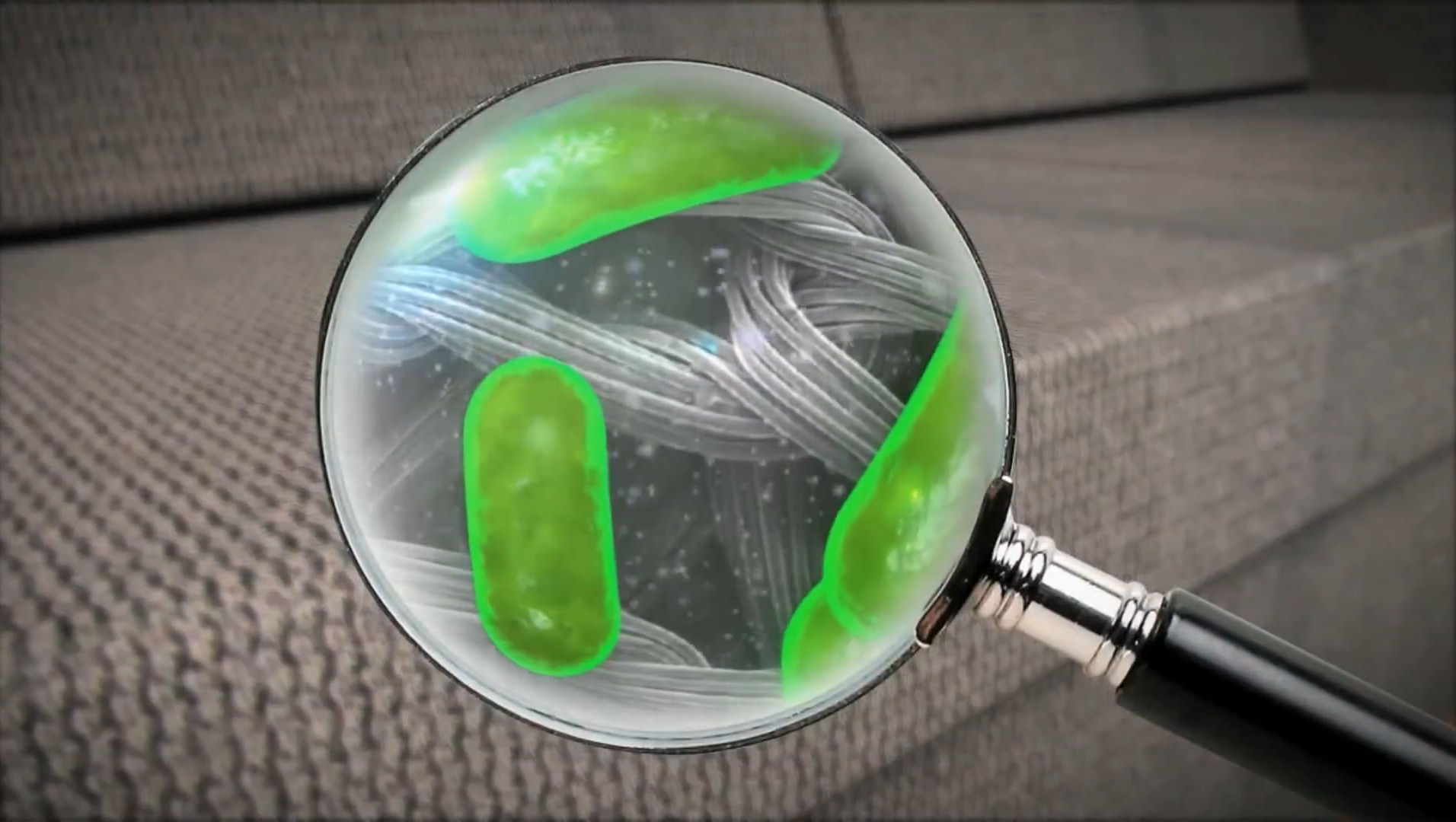 The Key to the Process

The FreshStart process is administered by trained, uniformed, experienced and Certified Technicians adhering to stringent patented standards, protocols and procedural steps. The key to the success of the process is the on-site generation and maintenance of a specific “dosage” concentration of Hydroxyl Radical (OH) molecules. The Technician determines the quantity and type of equipment (e.g. specific wave length ultra violet light and ultra sonic gaseous state generation equipment) necessary to create and maintain the appropriate concentrations of OH molecules (measured in parts per million – ppm). Our process builds upon decades of scientific research and has been refined through years of data collection and analysis from the successful treatment of more than a thousand homes, offices and commercial buildings in Southern California.

When properly administered the Hydroxyl Radical molecule is a powerful oxidant that can safely break the complex molecular structures contained in residual smoke while also eliminating the viability of any remaining biologicals that can trigger negative health and allergic responses.

Why Choose The FreshStart Process

When you have an Indoor Air Quality Problem, you can call one of our Consultants. We will help you determine what the problem is and how we can alleviate the problem.

Our detailed checklists will help you prepare for the FreshStart Treatment.

The URFresh Team is a well known and innovative Indoor Air Quality Specialist Company.  Our business has focused on Indoor Air Quality for many years and we have a broad portfolio of successful Air Quality Treatments across the the West Coast and Midwest.  We are proud to be one of the top IAQ companies in the world and we back our reputation with the exclusive FreshStart Process and our New Gen5 Equipment.

Get Started with a FREE Consultation!