You are here: Home / Smodke Odors

The FreshStart Odour Treatment Process from URFresh is capable of eliminating the following odors (odours).

For More information, see the URFresh Website and look up odors. 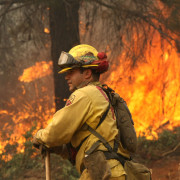 Many homes have suffered smoke that came through the eves of the home.  For this type of job, we can place some of our equipment in the attic to remove the smoke odor from the insulation, rafters, plywood and drywall.  The FreshStart Process is an exceptionally cost effective method for removing smoke odor.  It is best used before any of the surface smoke contamination is moved or hidden under stacks of material.  The sooner the better.  The FreshStart process was used very successfully during the wildfires in Southern California -2007.

As Mrs. Camie Martini of Rancho Bernardo tells it, “. . . It was like a war zone! Our family was told to evacuate in the middle of the night. When we finally returned home we only had a few scorched trees . . . we were blessed. Unfortunately though, the smoke odor was everywhere. My neighbors and I called several remediation companies and after comparing notes, we had received quotes ranging from $26,000 to $11,000. I knew there had to be a better solution, so I Googled – Smoke Odor – and found the FreshStart by Prompt Care ® process. What a difference! They treated our entire home in less than six hours, including the air ducts and all the insulation in the attic, for less than $1000. Our home smells fresh and clean . . . and we’re recommending it to everyone.”

As wild fires rage through brush covered canyons adjacent to expanding developments, Firefighters often prevent many homes from burning to the ground. Unfortunately, the strong lingering stench of smoke often remains throughout many homes and buildings located near the fire. The toxic, complex carbon based molecular chains that comprise smoke odors clings to the walls, ceiling, flooring and most of the household items that were otherwise undamaged by the fire.
“Steps to Prepare”

For a successful smoke odor remediation, the business and/or home owner must assure that the following conditions are established before treatment can be initiated:

First, a treatment can only be effective in a structure that can be secured. This requires that the roof, walls, floors, doors, window and all exterior openings are intact, working and secure.

Second, the property must have working electrical service in place and if applicable, all HVAC (air conditioning and heater duct works) systems must be working.

Since gravity draws the particulates in the smoke downward, and the FreshStart process breaks the molecular structure of the carbon based pollutants in the smoke, reducing their “sticky” quality (unlike a ‘chlorine wipe down’). Following the treatment most of the smoke residual is reduced to a fine inert carbon dust that can then be removed with a household HEPA vacuum cleaner . . . providing major cost savings for the business or home owner.

A fire was started in a Concordia University dorm room by two students that left an unattended candle near their window’s curtains. Although the dorm room was not seriously damaged by the fire, the odor and toxicity of the combusted materials caused serious breathing and health problems for both students . . . leaving the room uninhabitable.

The next day we were contacted to solve the problem; that evening both young women returned to their room . . . without breathing problems, and with their possessions and their room odor free. The reason the University’s dorm manager called Prompt Care . . . a year earlier we had successfully treated the University’s library for surface mold.

If you live in Southern California and your home has been affected by recent wild fires, we can help.

We help clients eliminate smoke odors from their homes caused by the following fires: 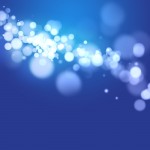 A large restaurant burned to the ground and the businesses on either side received smoke damage from the air traveling through a common duct area ventilation systems. ‘O My Sole’, the shoe store on the South side, chose the FreshStart process to solve their problem . . . the Coffee Shop owners on the North side of the restaurant chose the tradition chlorine bleach “wipe down’ method to solve their smoke damage problem.

The next morning at 10:00 AM ‘O My Sole’ was open for business with only minimal disruption and a minor loss of display merchandise and inventory. Four days later the Coffee Shop was still not open for business, although several workers had been working 24/7 in their attempt to reach every little nook and cranny where the foul smelling smoke had penetrated.

The FreshStart by Prompt Care ® Patented, Federally Registered gaseous state decontamination process penetrated exactly where the smoke traveled and the entire process took less than ten hours. As the owner of ‘O My Sole’ also pointed out, the ‘chlorine wipe’ would have destroyed all the boxes containing their inventory and probably many of the shoes as well.

The key to the overwhelming success in this example was the owner’s immediate call to Prompt Care. Since nothing in the store had been moved . . . the treatment reached exactly where the smoke had traveled. Had the contents been moved, it is possible that the process might not have saved as many boxes/shoes. The reason he called so quickly . . . earlier we had treated his home for allergens . . . he was already a satisfied customer.